The latest project for the 'Creature Features' workshops is designing enclosures for a Monster/Magical Creatures Theme park called 'Monster Land'.

The variety of creatures that have been created by the group is quite startling and there's no shortage of imagination and creativity been used.

Below is the promo poster that includes the dates and time for the workshops. 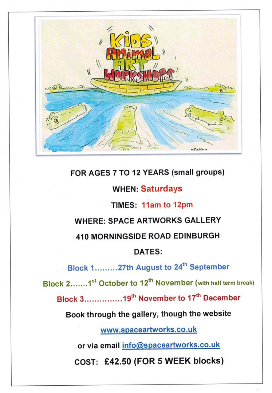 The kids are working on their 3D creatures which will stand in their own design of enclosure as part of the 'Monster Land' theme park.  Here's a few of their first monsters and logos for the enclosures.  There are a number of ways to spell Griffin/Gryphon/Griffon and the kids chose their own version.